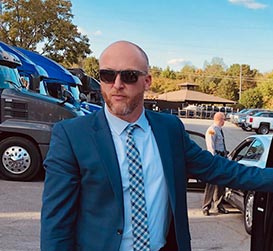 Jacob earned a BS in Environmental Science from Abilene Christian University in 2005. In 2008, he enlisted in the US Army (TNARNG), successfully completed Officer Candidate School (Alabama Military Academy), and was commissioned as a Military Police Officer.

Jacob served in various leadership assignments throughout his 10+ year career to include Commander of a forward deployed Combat Support Company in Afghanistan (2013-2014) where he worked with both civilian contractors, US Department of Defense, and Host-Nation Personnel. Jacob’s experience with the Department of Defense and the US Army consists of operations conducted around the world to include Convoy Security, Area Security, Vulnerability Assessments, Close Personal Protection, Weapons Training, and more.

Jacob is a graduate of the Marine Corp’s Inter-Service Nonlethal Individual Weapons Instructors Course (INIWIC), and Unit Movement Officer Course. His certifications from the US Army, DoD, and various civilian agencies include Logistics, Physical Security, Anti-Terrorism, Active Shooter Response, and Incident Command (FEMA). He is also a Department of Defense certified Non-Lethal weapons instructor and an AXON (Taser International) instructor.